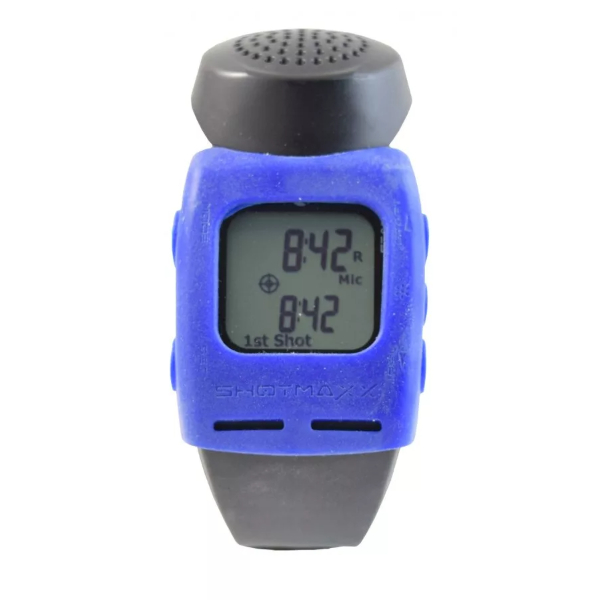 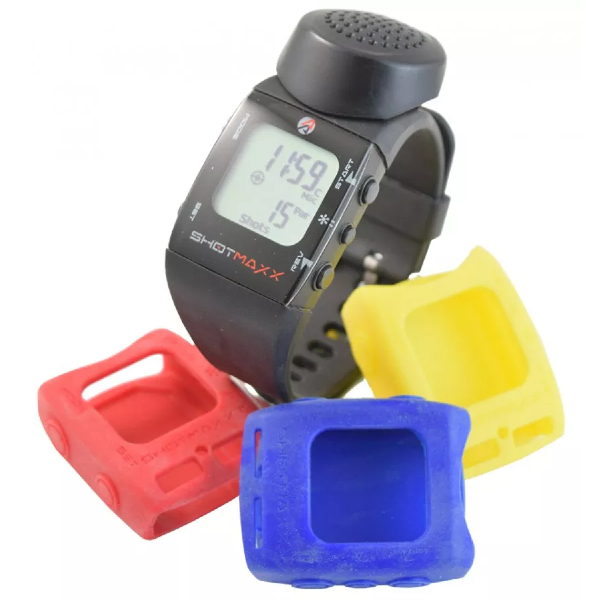 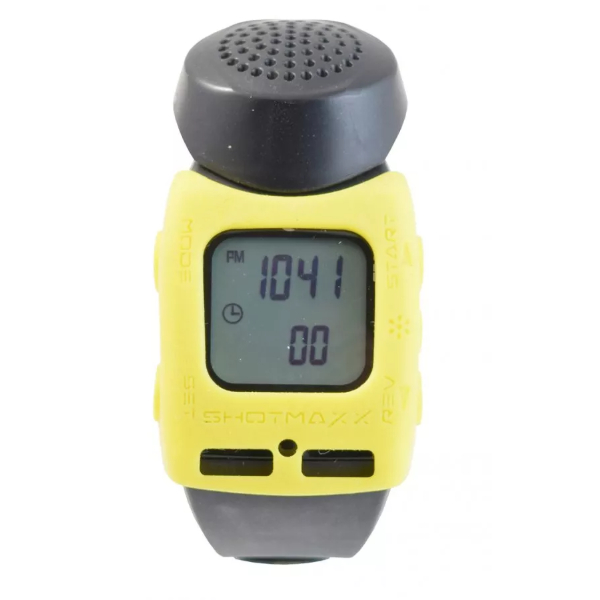 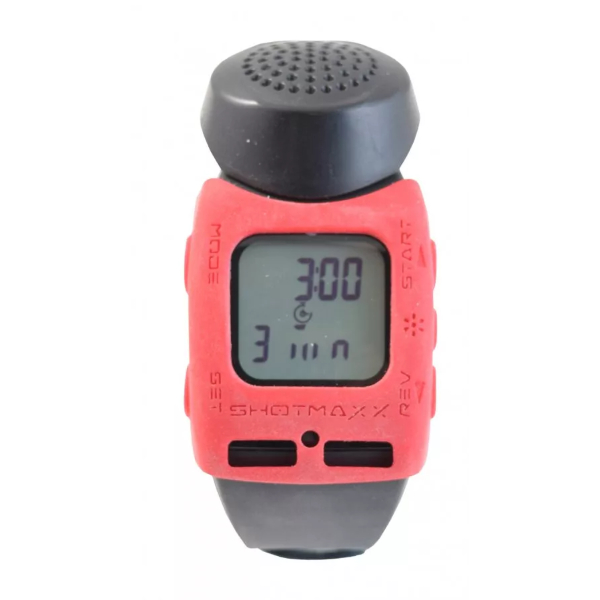 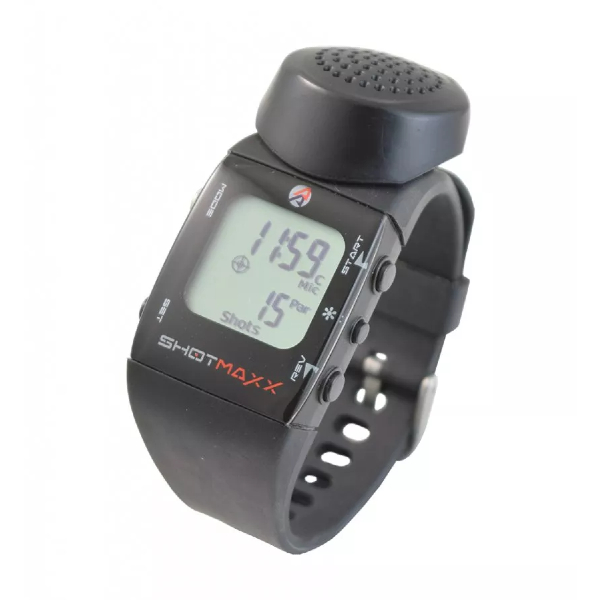 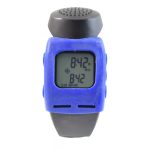 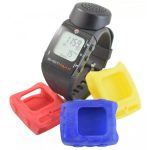 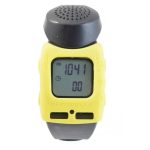 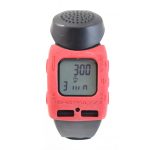 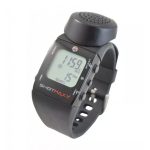 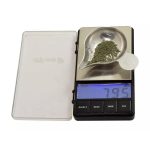 The Shotmaxx-2 is a exceptional shot timer offering unique capabilities – and now backed up by the best warranty on the market!

In late 2013 we launched the SHOTMAXX, which took the shooting world by storm. It was the first ever watch-size fully-functional Shot Timer, and it outperformed the hand-held timers in most categories. The light-weight watch allows shooter to train with the device on, without it interfering with their normal draw or gun handling. ROs can safely run the stage, while keeping both hands free to help or control the shooter if need be.

Three years of market feedback, and considerable investment in research and design, result in a product which takes the SHOTMAXX a huge leap forward – to the new SHOTMAXX-2.

While SHOTMAXX-2 utilizes the same watch housing and display as its predecessor, that is where the replication ends. The new SHOTMAXX-2 now has a larger strap add-on, housing a bigger, much louder and more robust speaker, which delivers a truly surprising volume from such a small package.

The battery capacity has been more than doubled, now offering enough battery life for several days of continuous use on the range. The battery readout system has been upgrade too, and shows a true and accurate battery level, based on real voltage measurements, and not a usage calculation.

String memory has been added in the SHOTMAXX-2. You can now scroll back and review 9 strings of 99 shots each which are stored in the device’s memory.

Addition beep level and frequency options give you more control over the sound your timer makes when activated.

The unique shot detection, either by microphone or accelerometer sensors has been improved further, refining the shot-detection algorithms to ensure that every type of range, weapon and distance from shooter are well supported.

The SHOTMAXX’s extreme sensitivity is retained, allowing the SHOTMAXX-2 to function as the best Airsoft timer on the market as well!

Shoot on a busy range while wearing the SHOTMAXX-2 running in Accelerometer mode, and you will be able to pick up your shots ONLY. Other shots fired close by will not be recorded.

The Spy mode feature is retained, giving the option to activate the Timer off your first-hand motion at the start of a stage, and record all your split times as you shoot through. You can even set delays to compensate for your reaction time to the RO’s beep.

There is, though, one feature which has been removed from the SHOTMAXX-2, and that is the Bluetooth capability. We decided not to include it in this model, as it was not a widely-used feature, and freeing up the BT components space allowed additional memory and other improvements.

Which display should I choose?

Well, first off, it’s a personal preference. Some really like the slick and more modern appearance of the gold characters on black, which mergers nicely into the color of the watch’s frame and strap. Both types, of course, offer the exact same features and both are clear and easy to read in bright sunlight. However, if you plan to use it indoors, or in low light condition, you may find the white display offers better contrast and an easier display to read in poor light.

An alternative timer we have available is the CED 7000 Shot Timer!

For Shotmaxx 2 only: Firmware version 4030 (this will NOT work for Shotmaxx 1 models!)

For shotmaxx 1 only: Firmware Version 3085 (this will NOT work for Shotmaxx 2 models!)

*Note: the firmware files are compressed (.zip). You will need to unzip the file first to be able to update the firmware.

There are no reviews yet.

You've just added this product to the cart: